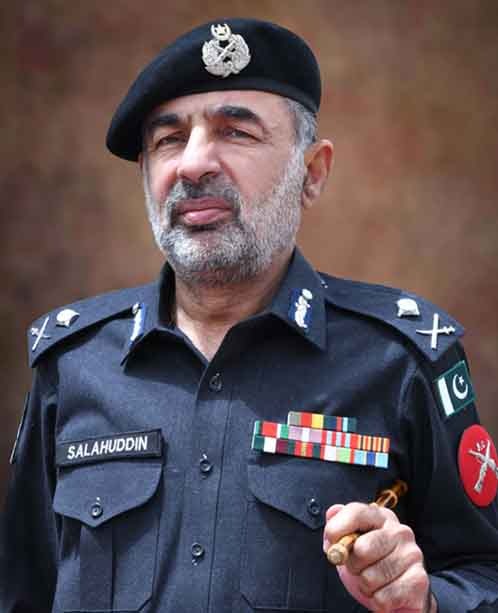 Frontier Constabulary is a distinct force comprising of tribesmen recognized for their intrepidity in the pages of the world history. Their loyalty to the country and commitment to the duty is incontrovertible. Being born in rugged mountainous terrains, the FC personnel are inherently blessed with the distinctive qualities of warriors which are further refined through imparting proper training and discipline.In its 100-year journey, this gallant and enterprising force has successfully accomplished numerous herculean tasks to protect and preserve the sovereignty and integrity of the nation. With the advent of "War on Terror" a major shift occurred in the role of Frontier Constabulary. A force initially entrusted with the pivotal function of policing the border between settled areas and tribal belt was engaged in routing the menace of terrorism, militancy and belligerency that rocked the very fabric of our society. Frontier Constabulary has taken up this task with unprecedented spirit and courage. In the ground-breaking efforts and endeavours to restore the writ of the government in restive areas, its rank and file have rendered remarkable sacrifices.Owing to its effectiveness in the tribal region,Frontier Constabulary is entrusted with the responsibility of eliminating the existential threat and ensuring homeland security. In order to enhance its operational capabilities, Frontier Constabulary has taken a number of steps which include equipping the force with latest armourey and gadgetry, raising quick response force platoons, establishing new posts and imparting training of modern warfare.Notwithstanding these reforms, it is high time that the government should take appropriate steps to turn it into a more effective and professional force, thereby enabling it to act as a bulwark for the entire nation. Long live Pakistan Long live FC.